Skip to main content and our Accessibility Statement may be found in the footer of our website.
Back To Blog

In the United States, migraines affect approximately 1 out of every 7 Americans every year.

Recently, a Washington Post article discussed a new class of drugs being tested for migraine prevention that is showing promising results. According to the article, Americans often try treatments that are meant to be used for other conditions, such as depression, high blood pressure or seizures that often cause severe side effects.

In a response to the article, Dr. Juan Carlos Muniz, neurologist and epileptologist at the Palm Beach Neuroscience Institute (PBNI), stated that “despite being so common, migraines have been neglected for years and the amount of research is limited compared to other less common neurological disorders. There are not too many medications available for headache prevention and most of them have side effects.” 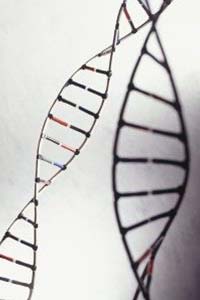 The Washington Post quoted Peter J. Goadsby, chair of the scientific programs of the American Headache Society’s annual meeting, as saying “The current standard of care is that there is no specific migraine preventive treatment at all. The big problem is that not only do they have limited efficacy but they are poorly tolerated.”

However, there may be some relief. The article stated that there are a couple of new medications in the pipeline for the treatment of headaches. Recently three companies reported new studies on medications specific to migraines with a different mechanism of 200248837-001action for headache prevention. The medicine is taken by injection once a month.

Although the studies aren’t big, as each involved 80 to 100 applicants, the companies will report that it has proven effective with half the patients showing a decrease in migraines.

“This new medication is in the experimental phase, but is thought to be an antibody that blocks the calcitonin gene-related peptide (CGRP) pathway,” says Dr. Muniz. “CGRP increases during migraine attacks and by blocking CGRP, it may prevent migraines. So far the trials have showed promising results. Migraines need more attention from researchers, but at least this medication could bring hope for migraine patients.” Although the studies aren’t big, as each involved 80 to 100 applicants, the companies will report that it has proven effective with half the patients showing a decrease in migraines.